When I found Julian Alexander at the Renaissance Faire a couple of years ago, I thought I’d found a truly original, fantastical, magical creature. He was so fantabulous, that he earned a cameo in The Zodiac Collector. (Both sisters, Anne and Mary, have a Drabbit-like creature.) Drabbits are part dragon and part rabbit. Interested in more info? Check out this website HERE, where Drabbits are born.

Julian is refined, intellectual, and driven. 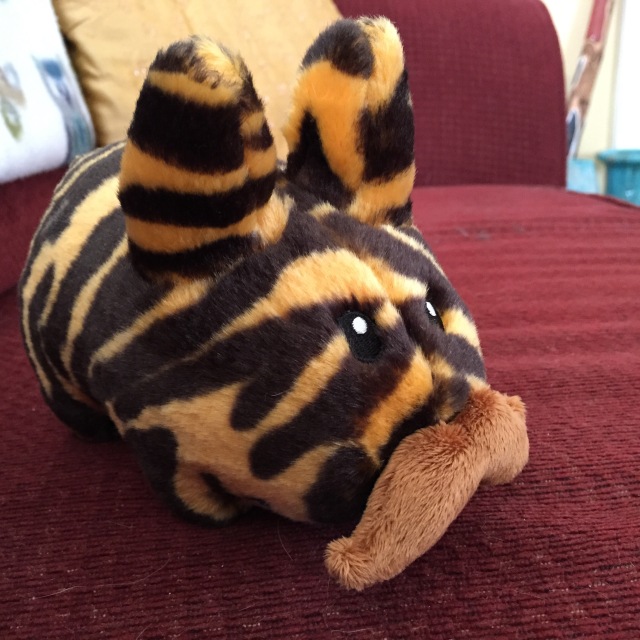 Mustachioed, chubby, and prone to binge-watching Netflix, the Labbit tends to be ﻿more of a wallflower than the Drabbit, but you must admit, he’s just as fantastical.

So, what say you? Are these animals distant relatives or utterly and entirely independent species?