After nearly four weeks of renovating, the plumbing is finally coming together. We discovered that the previous owner ignored existing problems, so we had to fix “OLD/cob-jobbed” problems on top of “Gee, the house has been empty for over three years” problems. 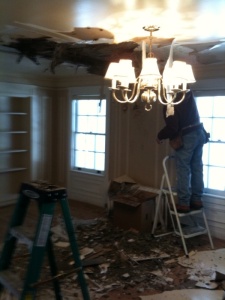 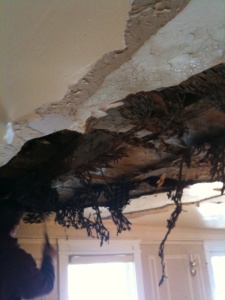 The ceiling had layers–sheet rock over plaster, over metal to hold the plaster, over concrete (yes, concrete), over wood planks…oh, and the pipes were EMBEDDED in the concrete. Yeah. *flails*

On the flip side, I’m happy to be resolving the issues NOW rather than after I’ve moved in…If I had waited, well, the picture above would have been much worse and would have likely included furniture damage. 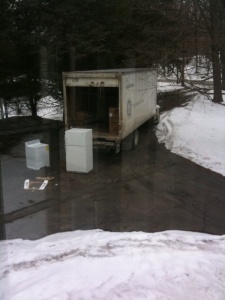 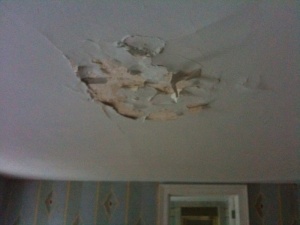 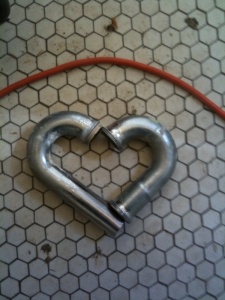 Be sure to check out Lydia’s response to her writerly question for the Sisterhood of the Traveling Blog, ‘kay? 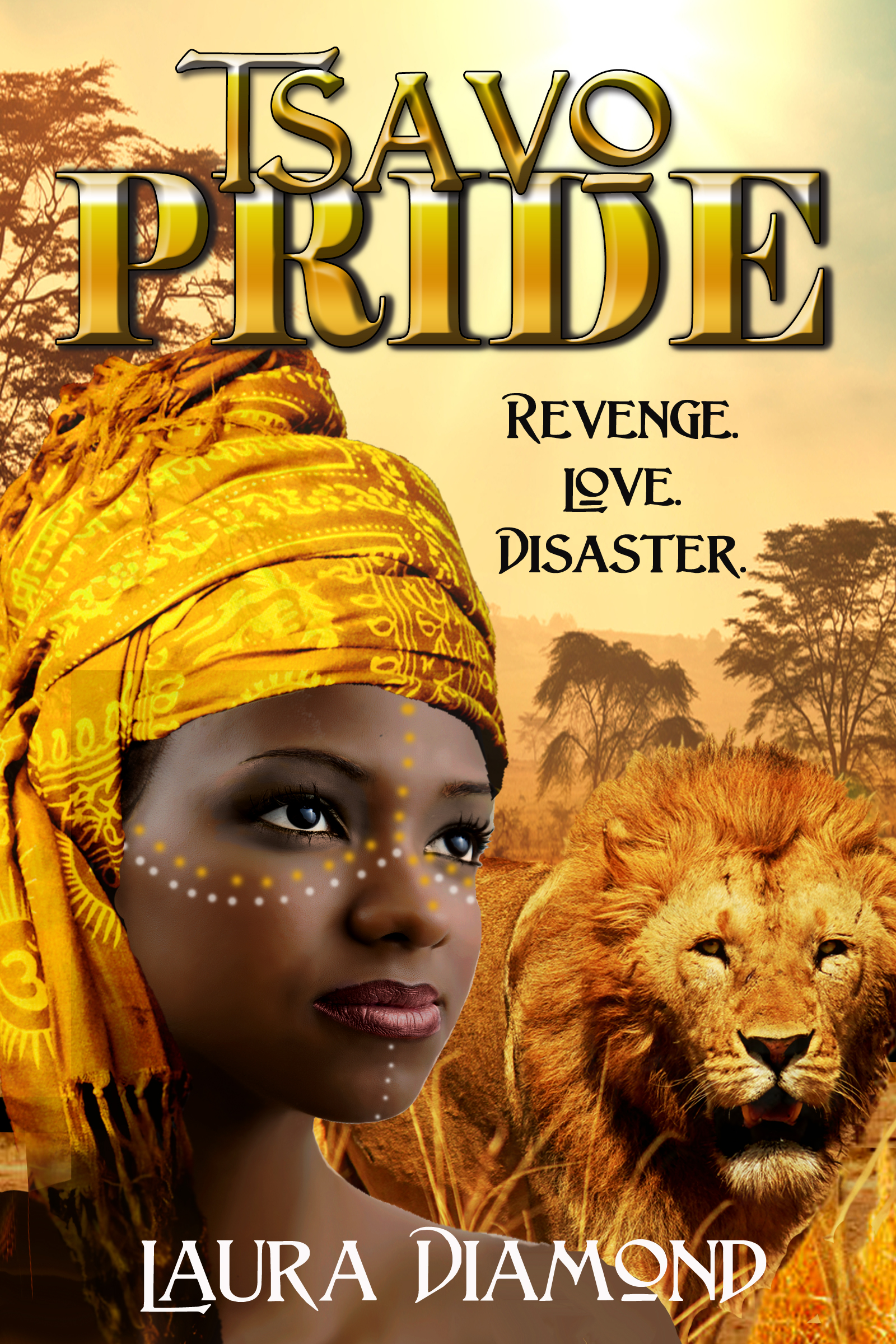